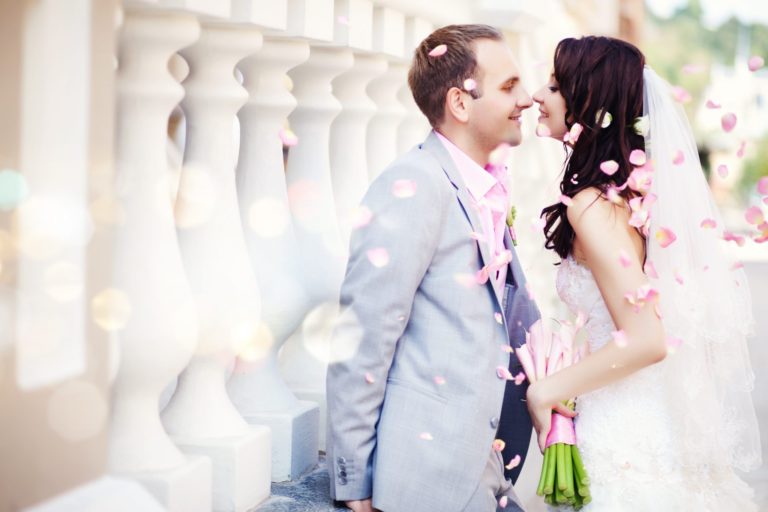 Will you have a DJ or a live band?
It’s easier to dance to a song you heard a lot. And I mean the same version of the song. Even if you don’t have ‘musician’s ear’ you will (or your brain will rather) get used to sounds, melodies, vocals and musical cues of that one song you’ll be hearing over and over again. Song that’s performed by a live band is never identical to a same song that you bought on iTunes. I always encourage my couples to ask the band for audio recording from their rehearsal so we can practice to it in our classes. That way there will be no unwanted surprises on the dance floor.

Know who’s a better dancer.
When performing easier choreography at least on of you has to know the steps really well and although usually men are supposed to lead, we – ladies can step in. To your guests it won’t be necessarily visible who initiates the movement. It is not going to show that easily. What IS going to show is when you are both trying to lead at the same time so make sure those roles are established early enough.

Covering up your mess ups.
The worst thing you can do on the dance floor is show that you just messed up. Sure – mistakes happen. You will forget a step or two, lose the beat, step on your partner’s dress, start dancing too early, the list goes on and on… But keep in mind one thing: your guests do not know your choreography. They won’t know that something was off as long as you keep dancing. Don’t stop and scratch your head trying to hide embarrassment – that will only make it worse. Just smile, take a breath, kiss your bride and carry on. Things like that will only make your dance that much cuter.

221 18
Load More...
This error message is only visible to WordPress admins

Error: API requests are being delayed. New posts will not be retrieved for at least 5 minutes.